The following blog post is part of the BIG QUESTION series for September, asking “What does America want?”

This can't be her body. 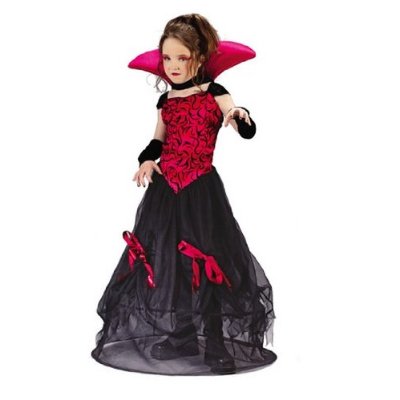 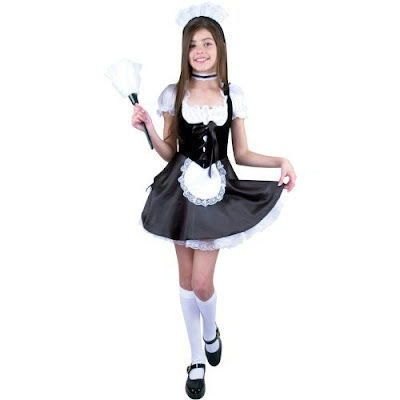 I am sure there is nothing implied here with this perfectly innocent French maid's costume.

Photographer said: "Pretend you are thinking about your next spelling test" right?

Halloween is now a night for girls gone wild!

But this is old news. Even mainstream media has been squawking about the sorry state of costumes for girls (not to mention women!) since at least since 2007. 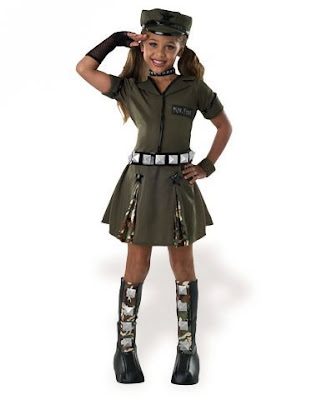 Still, nothing has changed. In fact, we are getting even sluttier!

Four years on, and not even the exact costume mentioned in Newsweek — “Drama Queen Major Flirt” (pictured above) —  has been changed to make it less offensive. Or less packed with innuendo. Here’s the description…

“Make any soldier with an attitude drop and give you twenty when you suit up as Major Flirt, the highest-ranking Drama Queen in the army! This classic girls costume comes with military green dress, vinyl studded belt, Major General’s hat and matching glovettes–all you’ll need to get them to stand at A-tten-tion!”

I am not exactly sure what makes a military officer cross over into Drama Queen status.  That doesn’t even make sense. Oh, and are vinyl studded belts standard issue in the Army now??

Gee, couldn’t the good designers at Spirit at least give her a belt with  real grenade and actual gun? So, just in case someone “accidentally” misinterprets her 6-year-old, just-off-the-bus girlish charms with something a bit more consumable, she could protect herself?

Sexing up little girls to make money in Halloween goes beyond the ridiculous. At what point do parents stop buying this crap and just use whatever junk they find in the house and dress their kids up like a hobo or ghost again? Soon I hope.

Homemade isn’t easy! I know… I, too, cringe at the idea of hot glueing my child into something he/she might be ridiculed for.

But don’t you think it has to be done? Because if we decide to settle for something quick and easy, (seriously, pun intended) then what you get is a whole world of “Sweet Lil’ Treat.” 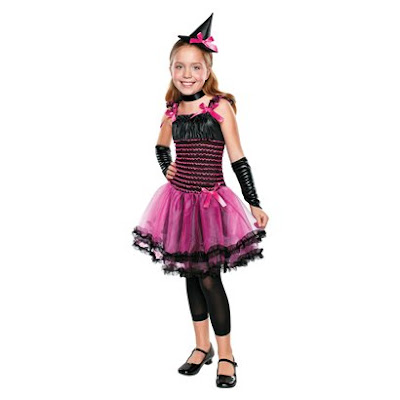 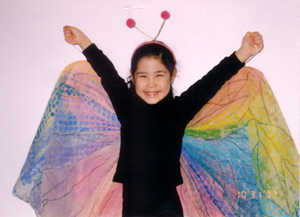 MY MOM MADE THIS!

No Sew Costumes for Kids

In October, I will be one of thousands of bloggers writing as part of Tara Mohr’s  “The Girl Effect.” Do you know the impact girls have on the world? Go ahead and click on that link (after you put your comments in the box below.) XO Thanks.

7 comments for “We want… Little Girls”