Sunny Sunday in Kent
with South Africans (and one Australian)
(or, Another Explanation for “buy a donkey”)

I got an email from Tim today… He and I are both members of the mutual admiration society. Tim and I met at the Warrington Hotel, the pub where I work a few days a week. Tim, like many other beer drinkers in the pub, was taken aback by my jovial mood and outgoing manner when we first met over beer-soaked marble. English people are neither jovial nor outgoing, generally. At least not in London. Tim, unlike most other beer drinkers in the pub, smiled a million-watt smile, asked me my name and kissed me hello.

I remember when I first met Tim: he was wearing a navy blue suit and a white shirt with blue checks and silvery tie: the uniform of the English banking industry. His clothes fit him recklessly: Tim is tall and lean, and when I met him, he was ready for a beer.

From Tim, I met his partner, Peter, and then from me, they met Colin. Frances was working at the pub too, so they met Frances, of course. And from Frances they met her husband Alex, who would become our British mascot, or , as Tim calls him, “an honorary American.” Frances and Alex got married May 1st, the week before Colin and I did, in Nashville.

From Tim and Peter, we met their friend, Thomas, an American lawyer whom they met at another pub in the area, and from Thomas, we met his fiancee, Kristin. Thomas and Kristin got married last weekend on Long Island. Tim and Peter were there. Ages ago, too, we met Tim and Peter’s ultra-straight roommate, Ryan, and from Ryan, we met, this weekend, Sean and Paul, Ryan’s new roommates. They live in Wimbledon, which is not just a tennis club: it is an entire neighborhood. We also met Gina, another neighbor from Maida Vale, and her friend, visiting from South Africa, whose name I can’t remember. Tim met my mom and dad in March; I met his Mom and Gram on Sunday. They are visiting from South Africa. Tim’s mom, Ann, reclined on a blanket in the backyard, chatted with the whole lot of us, helped clean the kitchen. Gram watched Animal Planet and read the Sunday Times.

The hardest part of moving to London was leaving my friends. Jeannie and Deron bought a house together this month in Kansas City and have joined their cats. They’ve even adopted a new cat, Oliver. Lane’s mom passed away, and she’s dating a nice guy. Cathy graduated from law school, making plans to move from Wyoming Street. Matt got a real job at a real magazine. Ford and Paul moved in together in Omaha. I haven’t talked to Amy and Lisa in ages. Their kids are getting bigger and bigger. Suzanne and JD continue their renovation projects without me. Tracy and Tara and Mary and Susie are going to work everyday, laughing and chatting and I’m missing out on the all the news. Jen and Suzannah, who used to come to me for advice or for a laugh, for lunch and coffee– their lives are moving on. 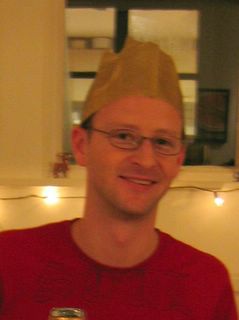 Tim sent me an email today. We all got together to celebrate his birthday at their new house in Chelsfield in Kent Sunday. A pile of South Africans, one Australian (Peter) and Colin, Kristin and I, lazing in the backyard of Tim and Peter’s new country home. Thomas was in class all day; Alex and Frances were on their way back from Bali. Ryan ruled the barbecue; Tim hosted the cocktails; Peter kept us entertained, showing off photos from Thomas and Kristin’s wedding on his new laptop. Temps soared to 91 F, but the sky held fast blue and the day lazed on.

Here’s what Tim wrote to me today:

Reasons that I don’t like living in the UK

The sun was still bright when we needed to get going Sunday evening. Sean and Paul stretched and raised their hands to say good-bye to Tim and Peter.

“Buy a donkey,” I heard them say to their hosts. Colin and I exchanged incredulous looks. He had heard it too.

“Buy a donkey?!” I exclaimed. I looked around, at the grass in the backyard. Sure, maybe it could use a mow, but wouldn’t a goat be more practical?

Gina laughed. “No… Baie dankie. It means “thanks a lot” in Afrikaans. But, yes, it does sound a lot like “Buy a donkey.”

Tim and I strolled ahead of the rest of the gang on the short walk to the train station. From the platform over the rails, we gazed on fields of grass stretched out, acre after acre, behind their subdivision. Protected land, and beyond, golf courses, green year-round in the cool, wet climate. It would be a happy home for any farm animal, especially a donkey.

3 comments for “Buy a donkey…”