On Writing Beautifully: Another Part 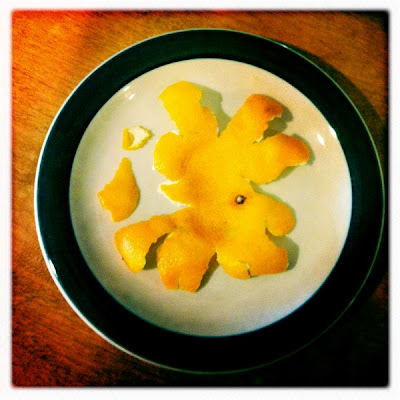 Writing lives through images which cut and scar us.

Good writing bruises us with its visions, then leaves its scent upon us when she departs.

“Workers began to occupy the this particular flat-building night and day. To avoid the traffic, Boori Ma took to sleeping on the rooftop. So many people passed in and out of the collapsible gate, so many others clogged the alley at all times, that there was no point in keeping track of them.

“After a few days, Boori Ma moved her baskets and her cooking bucket to the rooftop as well. There was no need to use the basin downstairs for she could just a easily wash,as she always had, from the cistern tap. She still planned to polish the bannister poles with the strips she had torn from her quilts. She continued to sleep on newspapers.

— from “A Real Durwan” in Interpreter of Maladies, by Jhumpa Lahiri

“There is something uneasy in the Los Angeles air this afternoon, some unnatural stillness, some tension.  What it means is that tonight a Santa Ana will begin to blow, a hot wind from the northeast whining down through the Cajon and San Gorgonio Passes, blowing up sand storms out along Route 66, drying the hills and the nerves to flash point.  For a few days now we will see smoke back in the canyons, and hear sirens in the night.

I have neither heard nor read that a Santa Ana is due, but I know it, and almost everyone I have seen today knows it too.  We know it because we feel it.  The baby frets.  The maid sulks.  I rekindle a waning argument with the telephone company, then cut my losses and lie down, given over to whatever it is in the air.  To live with the Santa Ana is to accept, consciously or unconsciously, a deeply mechanistic view of human behavior.”

–from “The Santa Ana” by Joan Didion

“So, taking his lantern and seeing that the bones were in order, for though romantic, he was singularly methodical and detested nothing so much as a ball of string on the floor, let alone the skull of an ancestor, he returned to that curious, moody pacing down the galleries, looking for something among the pictures, which was interrupted at length by a veritable spasm of sobbing, at the sight of a Dutch snow scene by an unknown artist. Then it seemed to him that life was not worth living any more. Forgetting the bones of his ancestors and how life is founded on a grave, he stood there shaken with sobs, all for the desire of a woman in Russian trousers, with slanting eyes, a pouting mouth and pearls about her neck. She had gone. She had left him.”

— from Orlando by Virginia Woolf