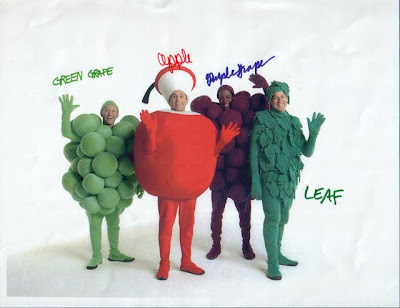 I bought new underwear this morning. Socks, too—both white and dark. And for good measure I threw in a ribbed blue tee shirt. Altogether it came to $45, give or take.

And now here it is five hours later and I still feel guilty.

I believe I have a problem.  It is not a problem I have seen mentioned anywhere—and trust me, I spend a lot of time just dinking around on the Internet.  If such a problem had already been identified, named, support-grouped, stretchy-braceleted, and bumper-stickered I would have come across its existence somewhere.

I am not sure what to call the problem, though I do have some sense of the root causes and a too-strong awareness of the symptoms.  I’ll start with the symptoms:

1)  When confronted with a need around the house, I will always think about what we already own that can be improvised to get the task done;

2)  I wear clothes even if the clasp has broken, a stain has appeared, or they are worn all the way through.  (ALL of my socks have holes.)

3)  When I have gotten to the point where the need to buy something new is simply undeniable, I will delay the actual purchase far beyond the point that it is OK to do so.  I alternate between the three pairs of socks that I own, even though two of the pairs are not technically “pairs” but instead simply close-color cousins.

When I do finally make a purchase of clothes for myself, I feel guilty for weeks.  Really.  (Today’s utter binge will have me feeling bad for at least 10 days.)

As far as the root of this affliction, I have it pinned down to two things: Roman Catholicism and being one of six kids in a staunchly
middle-class family.  My Catholicism, though long abandoned, lingers in the stunning levels of guilt I feel over an vast array of thoughts, actions, intentions, omissions, desires, fears, hopes, temptations, and PURCHASES.  My upbringing as one of six kids in a family without a lot of money has left me with the notion that my needs are just not that important. I was raised to believe that making do is far better than buying new.

These two strains combine to form a powerful thread in my personality.

It may come across as simply “cheap” to the uninitiated, but to me it is something different.  It is a clinical reluctance to buy new things.  It might even be worthy of inclusion in the DSM-V.

My default response anytime Erica or Isabel suggests, (or worse, states outright), “we need to buy a new” anything is to list all the other things we could do in lieu of spending money.

“We don’t need a new colander, we can just use an old tee shirt.”

“Who needs an eyeglass repair kit?  A short bit of paperclip wire will hold those together.”

There is sometimes an oceanic gulf between identifying a problem, and actually changing the resulting behaviors. I have by now identified my problem.  I have taken a cue from psychiatric tradition and named it from its Greek roots, vorophobia—fear of having stuff. But now that I’ve given it a name, I am left with a question of treatment. What do I do?

I am experimenting with strategies to consolidate the guilt by saving so-called necessary purchases until I have at least four items on my list. Once I have four, I go and buy the things as quickly as possible.

To be clear, the guilt is most severe when the things I am buying are for myself alone, with no possible larger purpose. That is why I threw in the t-shirt today.  I do “need” one, since all of my other casual shirts have race logos or stains (or both) on them. I figure instead of making four separate trips to the store and marinating in four separate infusions of guilt, I get it all over with at once.

Now, I have decided to take my experiment one step further today.  Erica and I are heading to New York for a play this weekend and on the train I will be wearing new socks, new underwear, and my new blue shirt.  You may not realize it, but I will be taking quite a risk.

So, if you happen to be on the 4:12 Metro North to Grand Central and a guy in your car seems overly-agitated, pupils dilated, and seems to be emitting little hicks and squeaks driven by deepest despair, call 911 right away and report a case of rampant vorophobia — fear of buying new underwear.

(But please, tell the paramedics to be careful with my shirt if they need to use the paddles.)

4 thoughts on “Guilt: The Fruit of the Loom?”