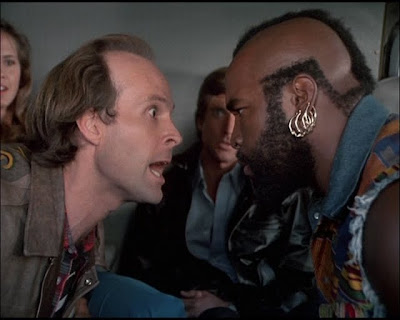 The truth is, we all need someone like Howlin’ Mad Murdock to swing in, now and then, in his robe and fluffy slippers to cause an awesome distraction while we eat the rest of the brownies.

Or maybe someone like Face, to charm the pants off of manager in the grocery store. She won’t be able to RESIST him, and will open another check out, just for us.

Somedays, it’s B.A. Baracus we need to step in. He’s gonna the pity the fool who doesn’t use their turn signal in front of you, or slows down so much you miss that light. (Isn’t it fun to watch when he presses his gold chains against their driver’s side window?).

But most of all, we all need at little Hannibal in our life, to chew confidently on his cigar, pull on those leather gloves and put his brilliant plan in action.