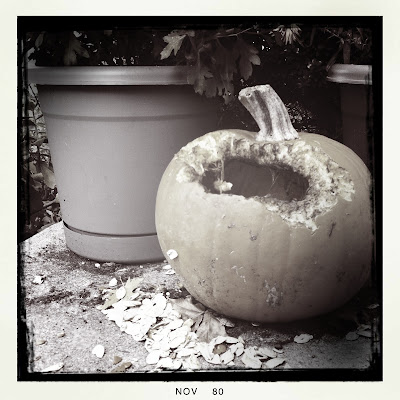 I have this group of women friends that I, well, sort of worship. I knew them from college. We all worked together on the daily newspaper.

It only recently occured to me that maybe, just maybe, I wasn’t actually friends with them.

Maybe it was that friend-ish-ness, where you later see yourself in a photo with them and realize: Weird, I am standing next to them, but not with them.

(Of course, we’ve all re-connected on Facebook and I am reliving that feeling again.)

This is true insecurity. That sudden feeling that one might not be what one believed all along.

When I was in London, working at the Warrington, I had a case of lucky ignorance. I had no idea that I was foisting myself upon a pack of wonderful and unsuspecting people that I now call friends. I was so sure that anyone would want to be friends with me that it didn’t occur to me for a minute that they wouldn’t. Or that the social norms of British tradition had been well trampled upon in my quest to join their table. Even in my awful yellow shirt.

The outcome, however, was wonderful. My British (some French, some South African, some Australian, but all Londoners) friends took me for who I was, because I was guileless. Ignorant is the other word for that, you know.

But when I feel AWARE, that’s when I suddenly find myself stumbling… and overthinking everything.

Like with this wonderful posse of writer-friends from my past who have reconvened. I am anxious to make someone happy to see me, yet, I keep missing the bus altogether.

Which is to Say…

Life is awkward and messy. Especially when overly processed.

Cheese is the same way.

6 comments for “On Awkward Days…”