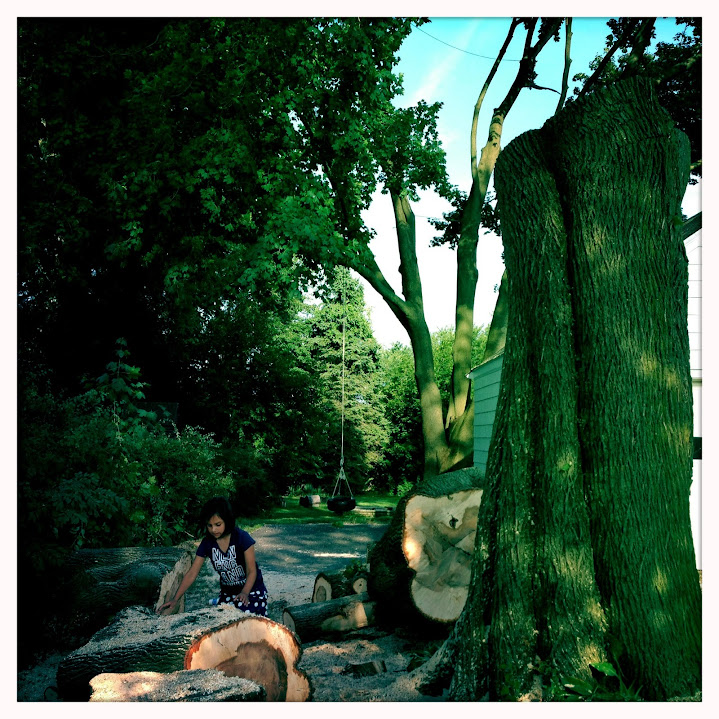 Is it worth being sentimental over one tree?

The last time I mentioned to friends that we might have to cut down our two huge Norway maples, one FB friend replied “good riddance. They are invasive species to New England anyway.”

I sometimes think that our attachments to trees or cars or other “stuff” isn’t real. It’s a show we put on to let the world know we really do have feelings. That we are human.

It’s a safe place to vent our sentimentality. To let out the pulsating and ever-shifting sense of exuberance and melancholy that comes with even just the tiniest shift of the seasons.

Recently someone posted a cynical piece on Facebook about why people post the photos they do on Facebook. It’s about ATTENTION, they said. I want attention… look at me! See me THIS way, not the way I really am.

Maybe. But I am not sure there is anything wrong with seeing people the way they want to be seen. Why not see the best of people? Or at least, the vision they want to give the world of themselves? It’s fun to watch friends “show” themselves, tell their own story, about who they are, what they love, and the world they live in.

I did not want to cut down this tree. I do not want to cut down that other one, where the kids play on the tire swing. But two hurricanes have ripped these old maples up. They have the unfortunate fate of being a part of a human world, and not the wild one, where they would receive the grace to just fall down when the weight of time says so. And since we have chosen to spend money on this house we live in, it seems to be “worthwhile” to make sacrifices to protect it.

When you board a plane and fly low over New England — particularly taking off from White Plains airport — you really see the forest for the trees. New England is a series of fiefdoms — some bigger than others– hidden in trees, each vying for God’s attention by punching through the forest with their steeples.

A tree falls in the forest, one moment self-important and brushing the sky, the next, compost.

Before they took the tree away, we tried to count the rings. Impossible. Kiki tossed the sawdust up like snow. They zoomed the Bobcat around the driveway, lifted the maple’s pieces into the trailer and drove away.

Is it worth it, loving a tree?

3 thoughts on “On Having to Cut Down a Tree”