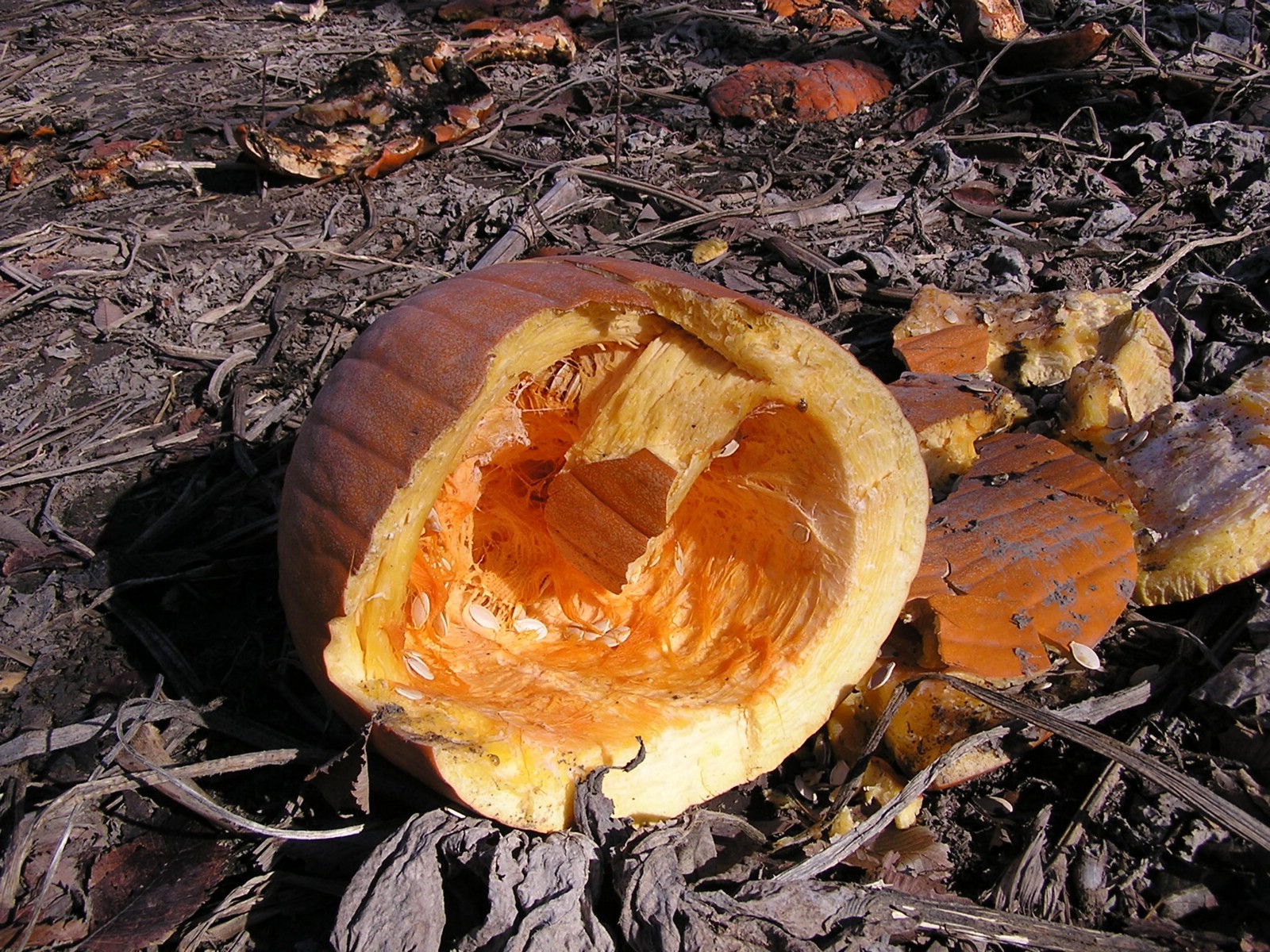 This will be the Year Without Jack-o-Lanterns.

For religious reasons (not our own), Colin and I will be taking a hiatus from Halloween this year.

“If [we] believe fully in the omnipotence of God, then concern about witches, ghosts and goblins, and things that go bump in the night, is misplaced. It is God alone who rules creation, and persons need not fear…the dark side of the human experience.”

I honor the viewpoint of those sects of Christianity and other religions who feel Halloween celebrates Satan. I suppose they fear Satan and his minions inhabit our children as they rush from door-to-door dressed as Dora and Spiderman whilst asking for candy.

Honestly, however, I mourn them more.

I mourn:
1. For children who miss out on the feel of pumpkin guts squishing between their fingers.
2. For parents who miss out on the sweet torture of reengaging their imagination, when forced to make costumes from whatever is in the house.
3. For children never knowing the weight of a pillowcase or plastic bag getting steadily heavier as they TRICK OR TREAT!
4. For children, missing out on the the sheer joy in the moment, gazing at a pile of sugary dreams, just before they dig in.
5. For parents, who sit in dark houses, cramming the little ones into bed or in front of the TV, while all the neighbors run, float, and squeal about the dark streets.
6. For children, who will not dream in their adult life about the autumn nights of childhood, of tracing Dad’s flashlight up the walk, of their own hot breath inside the plastic mask, a doorway draped in spiderwebs, and the wild anticipation as the door creaks open.
7. For children, who are forced unnaturally to avoid being “frightened” of the dark, of the soft brush on their cheek of some unknown object which makes them shudder, of being held too tightly when a disguised friend leaps out with a gleeful BOO!
8. For unforgiving souls, who fear “Others” so much, they’ve replicated horror itself. They’ve killed “different” women they thought were witches and “un-Christian” men they thought were terrorists.

9 thoughts on “On Not Celebrating Halloween”