The following is a guest post by Canadian IT developer Colin Phillips for the September BIG QUESTION series. Thanks Colin!
—
If you polled folks on the street and asked them “What does America Want?”, in the same way that Elizabeth has asked her guest bloggers, Affordable Healthcare would probably be at or near the top of the list.
Affordable is good, even necessary, but I don’t think it’s really what America wants.  America doesn’t want Affordable Healthcare.  America doesn’t want to be bothered. 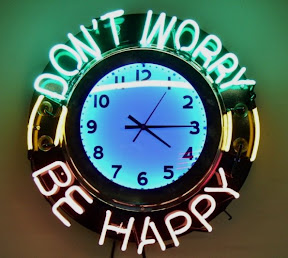 Before I explain, I’d like you to understand where I am coming from on this; where I developed my world view.  I was born and raised in Canada and I experienced the Canadian healthcare system for the first 30 years of my life.  I’ve also lived in the United States (twice), and Great Britain.  My understanding of a system of healthcare was formed with the Canadian model, clarified in America (buying my own and employer provided) and reinforced during three years in the UK.

Canada has a rigid single-payer system.  There is only one insurer in Canada: the government.  Healthcare is equally accessible to all Canadians.  Doctors are not even legally allowed to charge a co-pay.  Care is free to all at the point of entry.  Is it perfect? No. Canadians gripe about the state of their healthcare system as much as any people.

The UK has a single-payer system that can be supplemented with private insurance.  Healthcare is available to everyone and slightly more available to some.

One of the things that I’ve come to understand about the American perspective on healthcare is that the implications of the system are embedded in the national consciousness. Big, life altering decisions are never made without wondering “What about my healthcare?”.

When I lived in Canada, I left home, I went to university, I got a job, then I quit my job and went back to school without ever considering access to care.  It was always just there; and it didn’t occur to me that it was something that was worth worrying about.

Changing jobs is a big deal.  How can you start a business and be self employed when your daughter has a dreaded pre-existing condition?  Even if you have great insurance and a health family, the bureaucracy of the system is a pain in the ass.  Bills arrive that have been declined by your insurer and it’s left to you, the patient and policy holder to sort the mess out.

Declaring bankruptcy due to health related costs is not uncommon here even for the insured.  If you or someone in your family have a catastrophic accident, or repeated, complicated sickness it isn’t difficult to hit the maximum dollar amount on your policy.

When I was at university in Canada, my younger brother had a terrible motorcycle accident.  He spent three months in intensive care, much of it in a chemically induced coma, the better part of a year in hospital and another year in a rehabilitation center.  He had more than 60 surgeries, including a couple on his heart.  As you can imagine, that was a very difficult time for our family – I can’t imagine having that compounded by battling with an insurance company, or navigating bankruptcy court.  My brother’s care was excellent and it didn’t cost my family a dime.

America has single-payer systems that touch lives all the time. There are dozens of federal, state and local agencies working for the American people in important and (largely) invisible ways.

Imagine a trip to the grocery store where you buy a package of ground beef.  At the checkout you are met by the cashier who has you fill out a form and pay a fixed co-pay for your meat.  The form is sent to your Agriculture Insurance Company.  Their job is to make sure that the food that you eat is safe and accessible to you, the policy holder.

They’ll pay the grocery store for your purchase as long as it’s covered by your policy.  No insurance?  No problem! You can take your chances with unregulated, cheaper goods or pay a premium for products that are guaranteed safe.  Doesn’t that seem absurd?  Why is a private insurance model ridiculous in the realm of food safety but reasonable in healthcare?

Most Americans don’t worry too much when they go grocery shopping – they assume that their shopping cart is filled with products that are safe for them and their families to eat.  This wonderful obliviousness is bought and paid for by tax dollars and provided by government agencies including the FDA.

Does America want Affordable Healthcare?  Sure.  But what America really wants is to be cared for without worry and for the machinery of healthcare: the insurance, the forms, the administrators – to go away.

Colin Phillips is a father of four who just happens to be married to Elizabeth Howard, the genius behind this blog (he wrote that not me –Ed.)  Colin is not a writer (can you tell?); he’s an IT geek who develops apps for the iPhone for fun.  Check them out at his website.

4 thoughts on “Someone Else’s Problem”