I swam the full length, freestyle, for the first time last night. 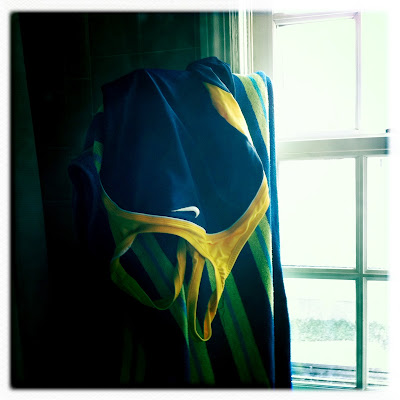 I came up at the deep end to the cheers of Latoya, Paul, and Dan — my support team — at Flood Pool.

On the way home, I heard Faith Middleton interviewing one of my favorite environmentalist writers, Bill McKibben. Only he wasn’t discussing the enviroment.

Apparently he took a year off from that work when he was in his late 30s to train to become a long distance cross country skier. A PRO competitive one. Even though he was just a normal guy before that.

I sometimes wonder what I have in me. Even just as I was finishing that length — one I thought I could never do — I was thinking it. Then, on the radio, here was one of my most trusted voices saying he tried this sport because he wanted to see how far he could push himself, what were his limits.

When Colin said he wanted me to train for a triathalon with him, I laughed. HA! Who does he think I am?

Then I started asking myself that question hmm.

Who do I think I am?