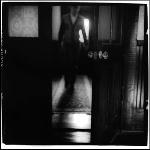 At Random House last night I met Lily (not her real name) and it reminded me of a story I want to tell you.

But before I tell you, you have to know about last night. Lily and I and a roomful of disconnected people milling, the spaces filled with small talk and wine. We ate mini quiches, but we were there because of two people: Kate Williams and Emma Hamilton.

Kate has been writing about Emma for years. Last night at Random House, the two women had a kind of “coming out.” Not the gay definition, but the social one, the debutante style.

“England’s Mistress” a biography of Emma Hamilton, was launched onto the world with a speech and a bouquet of white flowers. And, on that same raft floated my new friend Kate Williams, Emma’s alter ego, her hand servant, her device, her mother, her author.

I wondered, if someone wrote my life story someday, how much like each other the author and I would become.

While Kate floated in a new author’s dream, I did what I thought I should be doing: networking. After all, I was, somehow inside Random House. Who knew when or if I would ever return?

So I pushed poor Zack out of the way-—in my charming way—-so I could talk to Lily. It was, after all, in the name of “business.” But as Lily and I talked, I felt the uselessness of my moves, and I thought of a story, not entirely fiction.

A young woman–let’s call her “Aye”-—met a man. His name is Richard. Aye wanted Richard and he liked her too. So they flirted and did all the things people in lust do to lure each other in.

Then Aye discovered Richard had another lover. We’ll call her “His Wife.” His Wife was very angry and confused. She shouted. She was under the impression she should come first. Aye acquiesced. Aye saw that Richard was torn but that His Wife was more important to him. She had more experience and, to him, she was more real.

Richard and His Wife disappeared into the horizon and Aye was left to wonder what she did wrong and what to do differently, next time.

So this was the story I was thinking about when I met Lily.

Lily is an editor’s assistant at Random House. Her business is taking a writer’s work and breaking it down, then putting it back together, in some other form. Meeting her, feeling myself going through the mechanizations of the business of publication, I felt like a call girl. And I wondered, too, why I was so afraid of her. Why should I, along with my friends, that huddled mass of talent– Charlie, Michael, Diana, Zack and other writers in the corner—be so terrified to speak to Lily or her boss? After all, we are their commodity.

But then, I looked at Kate and I knew. She was not me. She was “the wife” and I was the mistress. She had mastered the house, while Emma left by a back entrance. She was the recognized, the validated, the known quantity. We, the huddled writing mass, are the whores, the chattel, the consorts at the edge of the room.

After that, I relaxed and Lily and I just drank wine and talked about life and Texas and girl things. I dropped my mantel. After all, I thought, Kate didn’t find herself in the middle of a Random House launch party by accident or from a bit of networking. She did it by working hard.

There is, in the end, a difference in execution, between the wife and the mistress.

This book of poems was given to me by a girl I used to know
I guess I read it front to back 50 times or so.
It’s all about the good life and staying easy with the world.
It’s funny how I loved that book,
And I never loved that girl.

—“Step Inside this House”