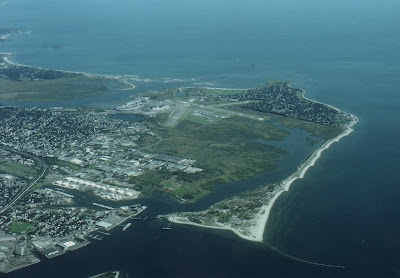 If anyone is wondering what I was doing on election day, have a look at this photo…

This is LONG BEACH, an image taken from the air a few years ago, of one of the beaches owned by my town, Stratford, CT. On election day–all but about two hours, anyway–I spent the day at Wilcoxson School, my local polling place, “poll standing.”

I’ve always been a bit mouthy about my environmental opinions, but never gotten this involved in an issue before. But I could see clearly the Town of Stratford needed to let this beautiful piece of coastal land be released to the Trust, for the benefit of the town, and for our future generations. I was passionate about it–even wrote a long letter to the Mayor saying so… mostly because a young man came to my door and asked if I would.

And I made a donation. It was my town, after all, and I cared about it. And then when I got called and asked to donate time, I wasn’t sure I could, but eventually I saw that Tuesday, election day, was wide open for me. I couldn’t say no.

Poll standing– standing at the poll place and handing out information to those walking in to vote– was a revelation for me, but not totally unfamiliar. After all, when I used to vote in Kansas City, at the little church on Westport Road, I relied on the poll standers to give me information on issues I hadn’t been brilliant enoough to bone up on beforehand. They never let me down. This time it was my turn to encourage voters to “turn the ballot over the state and local issues” as I handed them my flyer on Vote YES!

A curious thing happened that made me realize how quickly the poll standing became important to me. On election day, I took about two hours off from the polls. I was at home, eating lunch and warming up. But most of all, I was fretting. I was gaining a whole new vantage point on election day as I sat watching a rerun of “House” and worried.

Look at that photo again, the lovely coastline. If I stay at home, I thought to myself, for even another 10 minutes, I might miss that one or two voters that make the difference. I might miss the chance to shift the vote and save the shoreline.

I went back and stayed there, following the voters as much as I could, up to the 75 foot line. I was just one person at Wilcoxson, so I didn’t save Long Beach. I was a minuscule part of a big Stratford Citizen movement, with the Trust for Public Land.

But no matter how small my part was to the YES vote, it was enormous to me. YES to Long Beach changed how I saw my part of the political machine–local and powerful, a voice for change, when people really are listening.

One thought on “How We Love Long Beach”