We went to Africa. We wanted to make a difference.

My wife and I spent five years in the noisy, crazy city of Nairobi, Kenya. My day job made a difference, but our “side” stuff was what really made an impact. 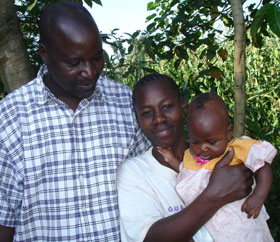 Steve (name changed because of how small the world is now) was a gate guard. That’s about the lowest job one can have in Nairobi. The pay was $5 a week. He supplemented his income by washing cars in the housing complex he worked for. One of those cars was ours.

It broke our hearts to see someone with such promise stuck in such a dead-end place. After a lot of research, we found an inexpensive school where he could learn car mechanics. He enrolled, and we paid the tuition. About nine months later, he was ready to work. But it’s not easy finding a job in a city with roughly 40% unemployment. So I found a job for him – he started working for the mechanic who fixed our car. The pay was actually less than what he was making as a gate guard. But it was a stepping stone. Then I found him a job at another shop – one that was a much better environment and paid him enough to live on – and eventually get married and start a family.

That’s the short version of the story. Each step in the process was a lot of work – filled with frustration, tears – and sometimes joy. And knowing that Steve’s life is better today because we made that connection is huge.

So why did we leave Nairobi? My day job was not something I could do forever. And the traffic, 5 am Muslim calls to prayer that woke us each day – as well as needing to reconnect with our families in the States – drove us back to suburbia.

What gives me joy today? Connecting with you. It may be small, but it can be a huge thing. The difference I might make in your life will probably be less dramatic. But maybe I’ve encouraged you to make a difference too. Right where you are.

Writer and social media expert Paul Merrill travelled to Kenya to save the world, one family at a time. These days, he’s observing the world, one bit at a time, from his blog Shiny Bits of Life. He lives in suburban Colorado and contributes to this blog from time to time.

3 comments for “On Making a Difference”

END_OF_DOCUMENT_TOKEN_TO_BE_REPLACED

Today's artful August prompt is "round." So many t

"am I tender? say it again." Original poetry + dig

This poem is for the #mathteacher, the #engineer,

What a sweet week. @aniah_lator @tati

These two wonders. This was the only photo I had t

I’m so grateful for all who came out and support

SMILE LADY! Lol this is my RTF - resting typing fa