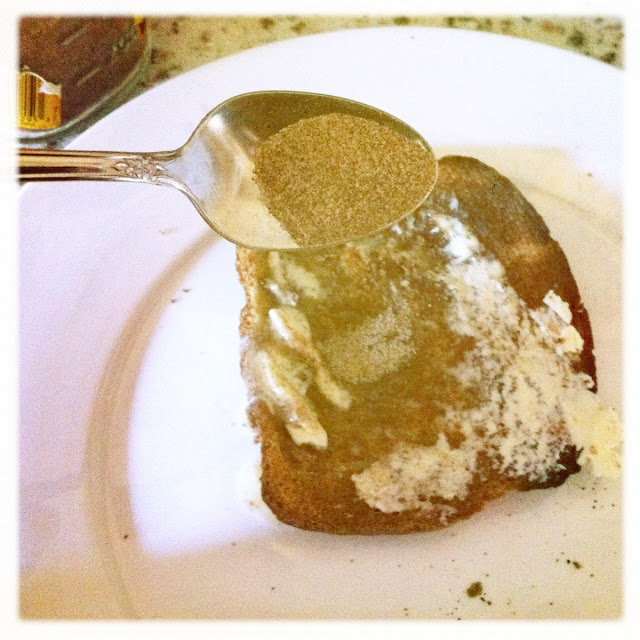 Besides the obvious problem of having to spell “cinnamon,” this breakfast delight has come to represent a little bit of a dilemma for me.

Have you heard of the book “The Omnivore’s Dilemma?” Ok. And what about the moving “Food, Inc.“? Have you seen that movie?

If you have, GOOD JOB!

People I’ve met before and also people I’ve even been related to and been birthed by too have implied directly to my face that I am kind of snobby when it comes to being “green” and promoting organic eating, etc.

I can’t see anyway around being proud of my eating turn around. I have gone approximately 42 degrees from the way I used to eat! From the days of yore, when I only ever ate Tony’s pizzas and Mac n Cheese and gummy bears, my eating life is extraordinarily different. Now I eat Tombtone pizzas and Annie’s Organic SHELLS and cheese and the ONLY candy I eat is stolen from my children’s Halloween stash, which I eat directly in front of them while they stare at me over their bananas.
—
This is the Cinnamon Toast Eater’s Dilemma. It’s the “boy, have I fooled myself!” notion that I am eating better than I used to, when really I am mostly just feeding my kids better, while noshing on heaps of (WHOLE WHEAT!! Good job!) cinnamon toast the minute the house gets quiet and I know no one is watching.

It’s not to say that my palate hasn’t expanded… it has! I love so many more foods than I used to: fish, broccoli, mayonnaise, lentils, you know the basic food groups. But none of these taste good sprinkled with cinnamon and sugar!

And besides: it’s hard to let go of those old comforts. Cinnamon toast — like its friends the Snickers bar and the donut– is a nice release on a stressful day, when the gym and cocktail hour both seem far off. Unfortunately, I fall back on food too often as mood alterer.

The hardest part is learning to see it for what it is — a temporary eating detour — and let it be. Because the other options — ignoring the truth, or being too hard on myself — seem to make that cinnamon toast seem like an even better idea.

Funny how that works.
—
This post is part of the month-long BIG “Food” QUESTION series: “What is eating you?”.